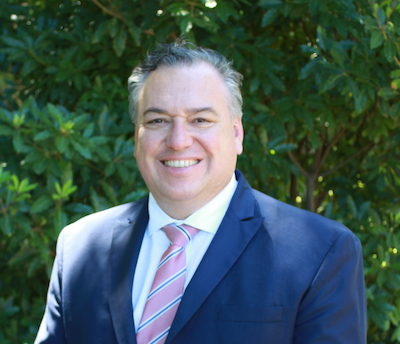 Ashley has been teaching drama and English since 1994. His involvement with and teaching in the International Baccalaureate began in 2001 at Mercedes College in Adelaide, South Australia where he is currently Director of Curriculum and Programmes R-12. Ashley is an experienced teacher in MYP Drama, Film, Language and Literature and DP TOK and Theatre.

Ashley has fulfilled the role of MYP Arts Moderator since 2003, MYP Senior Arts Moderator from 2006 until 2010, and MYP Arts, Heads/Coordinator and Programme Implementation Workshop Leader since 2004. In 2007 he was also a contributor to a Teacher Support Material meeting in Cardiff that developed resource material for The Arts guide on the Online Curriculum Centre website. In 2008, Ashley contributed to the Arts Workshop Leader site on the OCC. Ashley has been a member of both the 2008 and 2014 Arts Guide writing teams. In 2013, Ashley was elected onto the IB Schools Australasia (formerly AAIBS) Standing Committee, took up the position of secretary in 2014 and then at the end of 2015 was elected and is the current Chair of IBSA.

Fiona Godfrey is the first woman to be appointed Principal of Radford College in Canberra.

Prior to joining Radford in 2014, Fiona was Principal of St Peter’s Girls’ School in Adelaide for six years.  Fiona holds a Bachelor of Science, a Diploma of Education, a Masters in Educational Management and is a Graduate of the Australian Institute of Company Directors.

Fiona is used to ‘leading the way’.  In 1989, she was the first female to be appointed Head of Science at St Kevin’s College, a large and highly regarded Catholic boys’ school in Melbourne.  Other significant positions include Head of House at Westbourne Grammar School, a co-educational school in Melbourne, from 1998- 2002, and Deputy Principal first at Fintona Girls’ School and then at Canberra Girls’ Grammar School between 2003 and 2007.  In 2011, she was the recipient of the South Australian Business Woman of the Year, Community and Government Award.

Fiona believes it is a sense of belonging that defines a school.

A School is a learning community.  Regardless of interest or ability, every student should feel that they belong and are supported on their own journey to knowledge and fulfilment.  If you set this standard, young people will embrace their opportunities and pursue excellence in everything they do.

David’s background is in Marine Biology and Oceanography and he has been involved with the IB since 2004, when he taught biology and science at Malvern College in the UK.  Early in 2007 he moved to Dunedin in New Zealand, again teaching IB Biology and became the IB DP coordinator in 2009.

Along with teaching biology, David is also an examiner and IA moderator and was asked to help in the evaluation of the new IA criteria for the Group 4 subjects in 2014, specifically in Chemistry.

In 2012, David was elected to the standing committee of AAIBS, taking up the position of secretary in 2014.

January 2016 saw David gain the position of Principal Senior School at Kristin School in Auckland, a 3 programme K-13 school of 1600 students, where approximately 100 students annually choose to follow the Diploma Programme in their senior years.  This is a position that will allow him to continue to have a strong relationship with the IB, representing his school, New Zealand and also the wider Australasian region.

Most recently David was elected to chair the New Zealand IB Heads Caucus and elected to the IB Heads Council as a representative for the Asia-Pacific region.  In these roles he is participating and supporting our schools in areas such as the Diploma review and communicating regularly with the IB on how to best support our students and schools during these difficult times. Karen is currently the IB Co-ordinator and Deputy Principal at Cleveland District State High School, an Independent Public School situated on Brisbane’s bayside and a member of the Council of International Schools (CIS).  During her 26 years with Education Queensland, Karen has taught in early childhood, primary and secondary schools in rural and regional settings as well as metropolitan Brisbane.  She has also held the position of Head of Department, Senior Schooling.

Karen is a passionate advocate for the IB and values the global and critical thinking it promotes in students.  As a member of CIS and an IB World School, Cleveland High provides a wealth of opportunities for students and staff and in her role in the executive leadership of the school, Karen is at the forefront of strategic and operational planning.  She regularly participates in professional development with CIS and for the IBDP.

As an active member of the Queensland IB Co-ordinator’s Network, Karen has forged strong links with other schools and universities as she strives to promote the value of an IB education for all students.  Queensland is a growth area for the IB Diploma Programme with a rapidly growing number of schools seeking authorisation and Karen views membership of the IB Schools Australasia Standing Committee as a way to continue her advocacy and broaden her knowledge and experience as an IB educator and leader. 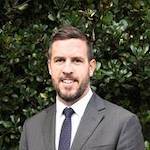 Nick Jolly has had 8 years of experience working in IB schools. He has previously spent 4 years at the Australian International School (AIS), Singapore as Curriculum Coordinator. AIS offered the PYP, MYP and DP.

Nick is currently in his third year as Director of Academics, and now also the IB Diploma Coordinator, at Cranbrook School in Sydney. Cranbrook offers the PYP, MYP, and is a candidate school for the Diploma. Cranbrook is seeking to become just the fourth continuum school in NSW.

Nick served as the MYP Coordinator and has successfully overseen the MYP verification process here at Cranbrook. He is now overseeing Cranbrook's candidacy and verification for the DP. Nick has attended numerous IB professional develop workshops and conferences, including attending the last three Asia Pacific Global Conferences.

He has a passion for IB programmes and was recently asked to write an article for the Sydney Morning Herald on the merits of an IB education.  It is his view that the skills and values students develop through an IB education will provide them with the best possible foundation from which to confidently navigate the world beyond Year 12. 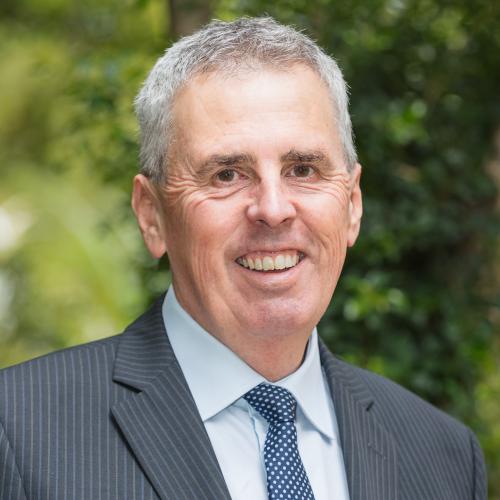 Antony Mayrhofer, B.Sc, Dip. Ed, M. Ed (leadership) is the Director of Learning Services and Diploma Programme Co-ordinator at St Paul’s Grammar School, Penrith, Sydney, Australia.  He has had an interest in International Education since 1984 when he completed a trainee teacher practicum in a local non-government school in Mumbai, India.

Antony has taught the Diploma Programme since 1990 in Biology, Chemistry and Theory of Knowledge. He completed a five-year term as Deputy Chief Examiner of Biology in the Diploma Programme for the IB in 2007 and as such was, and continues to be involved in curriculum design and assessment for the IB.  He has been an examiner in Diploma Biology since 1995 and a moderator of Biology Internal Assessment since 1997.

Antony has led teacher-training workshops for the IB in pedagogical practice, Diploma programme coordination and Biology since 2000 at all levels of teacher experience. He has led Diploma Programme evaluation and verification teams since 2003 on behalf of the IB throughout the Asia Pacific region. Antony has presented breakout sessions at three IB Global Conferences.

Antony is a member of the standing committee of IB Schools Australasia. He has previously held the position of chair of this Association.

In his spare time he enjoys bushwalking with his wife and two adult children near his home in the Blue Mountains, west of Sydney.

Director of Teaching and Learning, The Kilmore International School

Judy was educated in Australia at the University of Melbourne where she completed a BSc (Hons) in Zoology and Genetics.  After working at a Heart Foundation research institute for 5 years, she moved to the UK to complete a PhD at University College London, then worked in drug development in a private company.  She began her teaching career in Victoria, Australia in a government school but moved to The Kilmore International School (TKIS) in 2008, where the IB Diploma is the only senior qualification offered.  At TKIS, she has taught DP Biology HL & SL, Theory of Knowledge and supervised Extended Essays and CAS programmes, as well as taught middle and junior school science.  She is an examiner of the May Biology SL Paper 3.  Judy has held the positions of Head of Year 11 and Year 12, Head of Curriculum and IB DP coordinator (current role).  She is currently a workshop leader (for Biology, Coordination, Extended Essay, Approaches to Teaching and Learning)  and school visit team member with the IBEN network. Anne Wallington has returned to Lauriston Girls' School as Deputy Principal and Head of Senior School after 14 years at Methodist Ladies' College.

Between 2006 and 2019 Anne Wallington was Head of Senior School at Methodist Ladies’ College, Kew, Victoria.

Prior to MLC, Anne was Head of Senior School at Lauriston Girls’ School. Anne holds a Bachelor of Commerce, a Graduate Diploma in Education Studies (Women’s Studies), a Graduate Diploma in Education (Economics and Studies of Society and Environment) and a Master’s Degree in School Leadership. Anne began her professional career working in sales and marketing with a large, multinational technology company. Her interest in girls’ education started through her short-term secondment to two university careers departments and developed in her post graduate studies. Her teaching methods are Economics (IB and VCE) and Australian History and for several years Anne was also an IB Economics Examiner. Anne particularly enjoys working with senior students and supporting them in their development and preparation for taking their place in the adult world.

An educator with more than 40 years’ experience, Kay was an early years teacher for many years before entering academia. She has recently been appointed Honorary Fellow in the Melbourne Graduate School of Education after 14 years at the University where she coordinated and taught in Bachelor and Master of Early Childhood and Primary teacher education courses in a range of subjects including child development, curriculum and pedagogy, and professional practice. During this time she held the positions, among others, of Associate Professor in Early Childhood Studies, Assistant Dean (International), and Director of International Baccalaureate programs. She was instrumental in establishing the first University programme in the world to provide teachers with postgraduate qualifications in IB education; initially the PYP and later the DP. Kay has taught and consulted in education in Australia, Singapore, UAE, China and Vietnam and has researched with colleagues in many other countries. She continues to research and supervise higher degree research students. 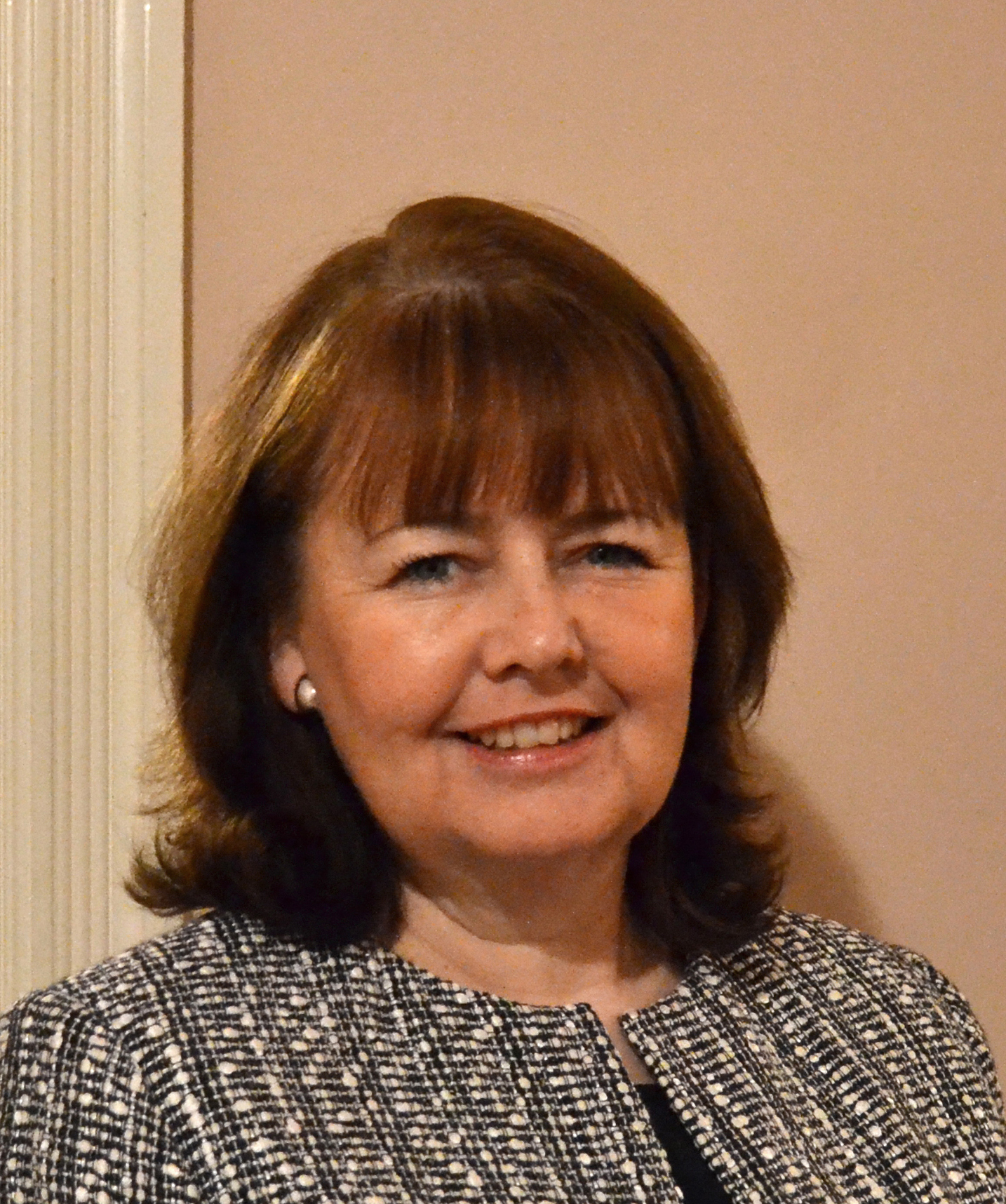 Kathy Saville has been involved in education for over 25 years.  She has taught in kindergarten, primary and junior secondary classes, as well as undergraduate and post graduate students at university level.

She is currently the College Teaching and Learning Leader at Wesley College Melbourne. Previously, she was Deputy Director of Curriculum and also the PYP coordinator at the Glen Waverley campus. She has worked with the PYP since its inception and is now also closely involved with the MYP and its implementation. She has a Diploma of Teaching, Bachelor of Education and Master of Educational Management.

Kathy is involved in many aspects of the IB. She has been a workshop leader for PYP for 10 years, is a visiting team member and leader, field representative, a consultant, has developed online and face-to-face workshops, has been involved in the review of the standards and practices, was part of the team that developed the Sharing PYP blog and was the IBAP PYP school representative sitting on the curriculum committee in The Hague for 2014 - 2015. She is a current member of the executive committee of the Victorian PYP network; was chair in 2010 and 2011; and, currently edits the newsletter, The PYP Inclusive. She has also recently been involved in elements of the review of the PYP.  Kathy has presented sessions at three IBAP regional conferences, two AAIBS conferences and co-presented a webinar for the IB early in 2016.  She works closely with IBEN to support workshop leader and site visit team member training.